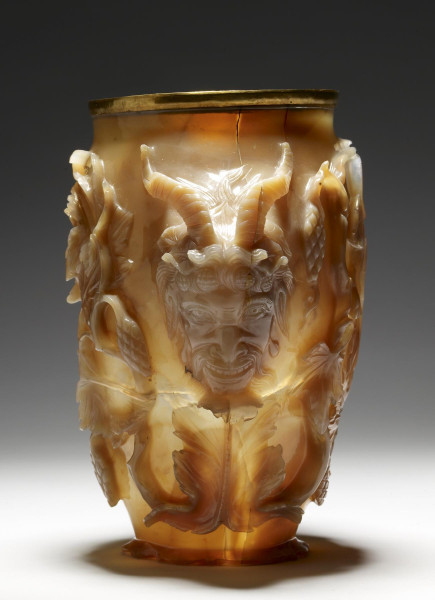 The Rubens Vase, The Walters Art Museum, Baltimore, MD Early Byzantine, Constantinople 4th century Agate and gold Height: 7 1/2 in.
Carved from a single piece of chalcedonic agate, the vase was created for a Byzantine emperor. Delicate vine stocks, satyr-head handles and the grinning Pan in relief enhance the waxy luster, the translucency and the warm honeyed hues of the agate 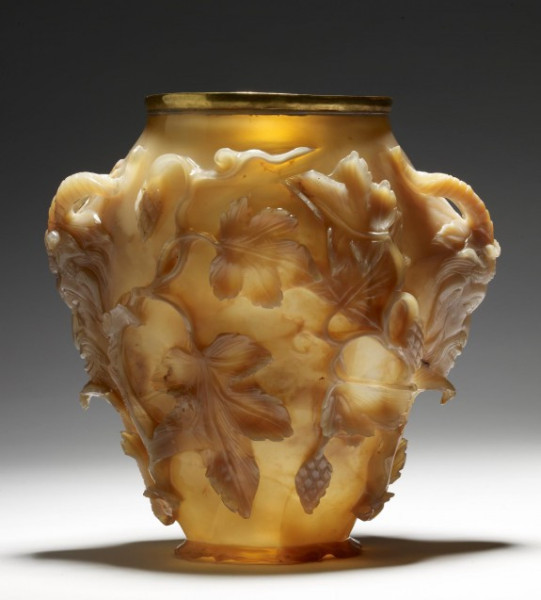 Carved in high relief from a single piece of agate, this extraordinary vase was most likely created in an imperial workshop for a Byzantine emperor. It made its way to France, probably carried off as treasure after the sack of Constantinople in 1204 during the Fourth Crusade, where it passed through the hands of some of the most renowned collectors of western Europe, including the Dukes of Anjou and King Charles V of France. In 1619, the vase was purchased by the great Flemish painter Peter Paul Rubens (1577-1640). A drawing that he made of it is now in Saint Petersburg, State Hermitage Museum, inv. 5430. The subsequent fate of the vase before the 19th century is obscure. The gold mount around its rim is struck with a French gold-standard mark used in 1809-1819 and with the guarantee stamp of the French departement of Ain. A similar late Roman agate vessel, the "Waddesdon Vase" or "Cellini Vase," in now in the British Museum, London. 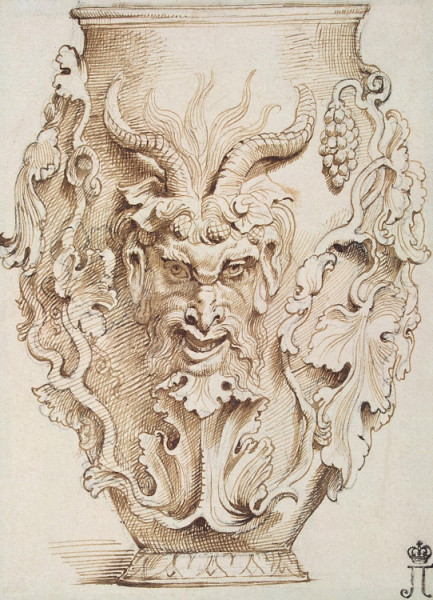